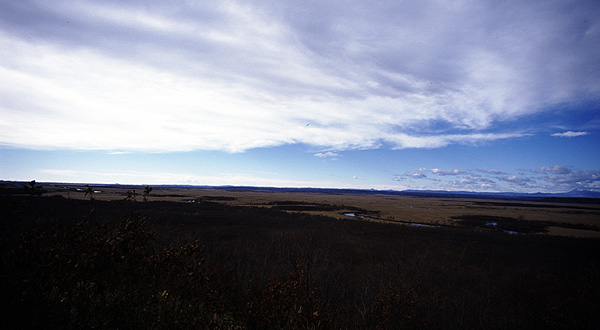 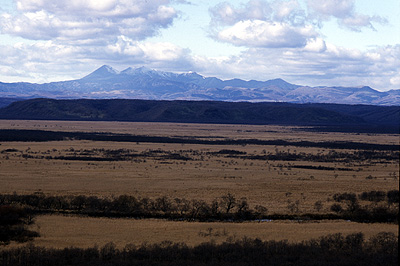 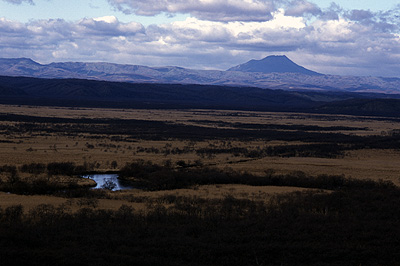 Mt.Oakandake
Along the twisting flow of Kushiro river, over 30km length of Kushiro shitugen marsh had been developed. The width also reaches over 20km. It is known as the largest marsh of Japan.At my first trip of Hokkaido, I have visited the observation point for the marsh located near the Kushiroshitugen station on the JR senmoh line. On early winter of 2005,I visted here again.
This station must be built for tourists,because there is nothing around the station. Getting off from the one man operated car.Walking into a small house built close to the platform, A staff pickes up used ticket. But the staff been in the station is only during the tourism season.
A trail reaches the viewing point which is on the hill started just next of the house. Climbed up the trail,soon I met a log cabin style visitor's lounge. In front of the lounge the trail contined to assend the hill top. By taking the trail,I reached the obsevation deck.A nice senary of marsh is seen. 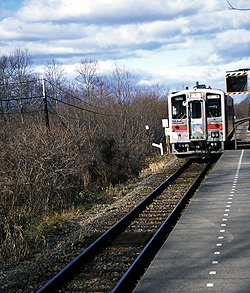 One man operated car runs on the Senmo line. 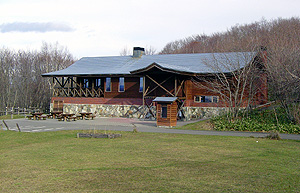 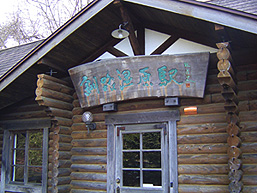 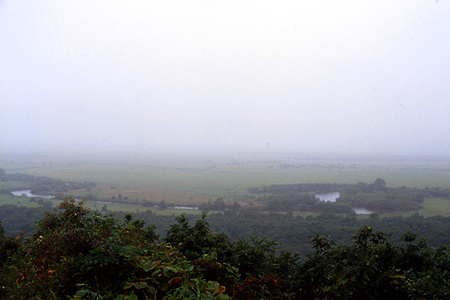 On autumn
JR Senmoh line runs from Kushiro to Abashiri. On my 1997 summer travel in Hokkaido,I got a train at the Syari station and take the direction to th south. After going little sightseening touring to Kussyoroko area,I've stay at a small inn near the Biruwa station. Next day, My trip is started with visting the Masyuko.Then I took a train for Kushiro station going to the next, almost my last destination of the travel.It was Kushiroshitugen. I got off the train at the Kushiroshitugen station for visting the viewing point of the marsh. A path is started at the station,and climbs up the small hill. Soon path met the visitor's lounge and also continued for viewing deck existed on the hill.Only one picture I've taken here is this.